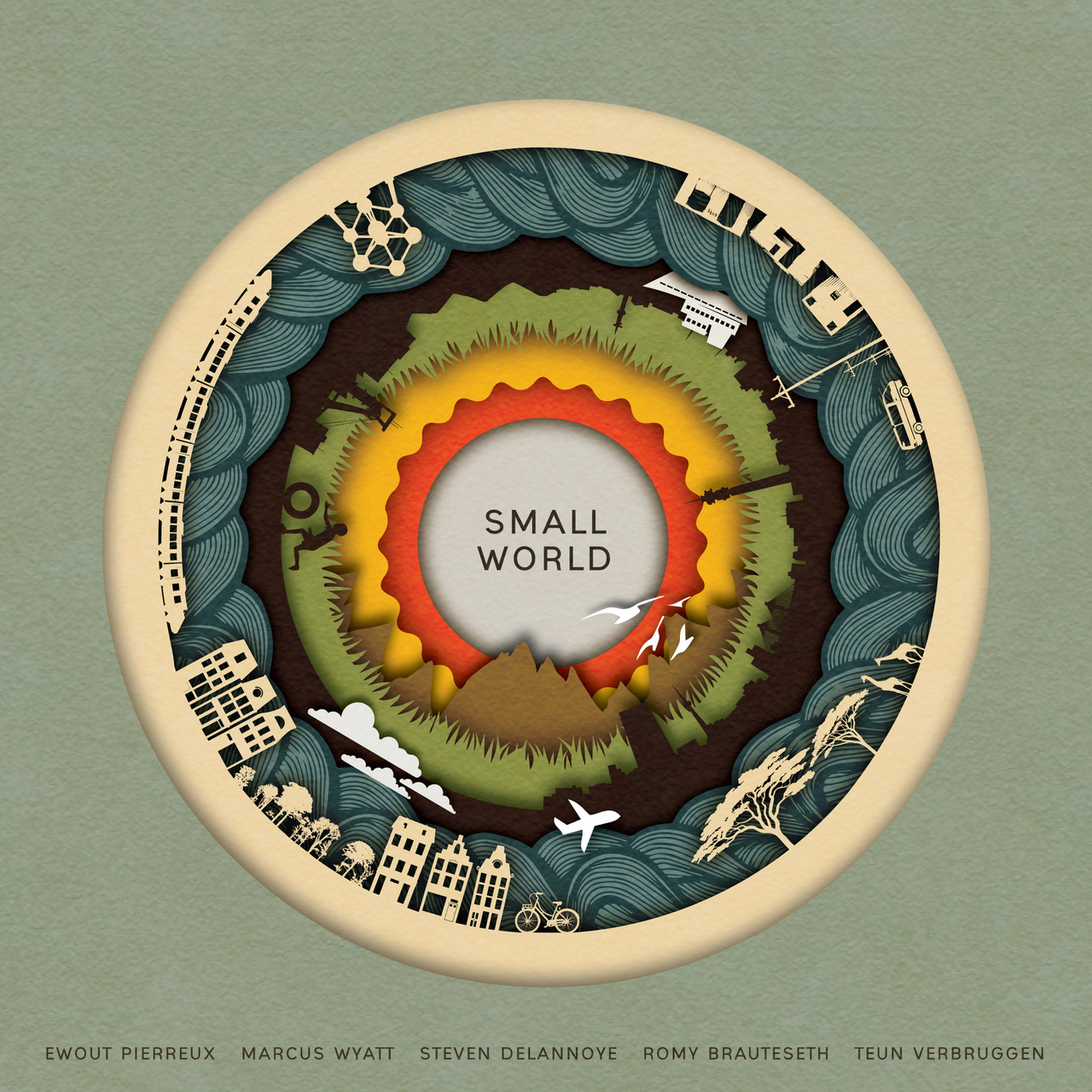 Happy to announce number eleven in our catalogue: ‘Live At The Bird’s Eye’ of Small World.

Small World is a cross-continental coöperative musical improvisation project between two South African and three Belgian musicians. They got together in 2016 and played an extensive tour in Europe in autumn of 2016. Two concerts at the Bird’s Eye Jazz Club in Basel, Switzerland were live-recorded, and a selection of that music is found on this debut album. A real live-vibe, soulful and groovy tunes with mixed flavours from all over, and a lot of interaction and open-ended improvisation.

Official release date is April 3, 2018 and the band will tour in Belgium and Luxemburg between April 13 and 21. Dates in our Events-section.